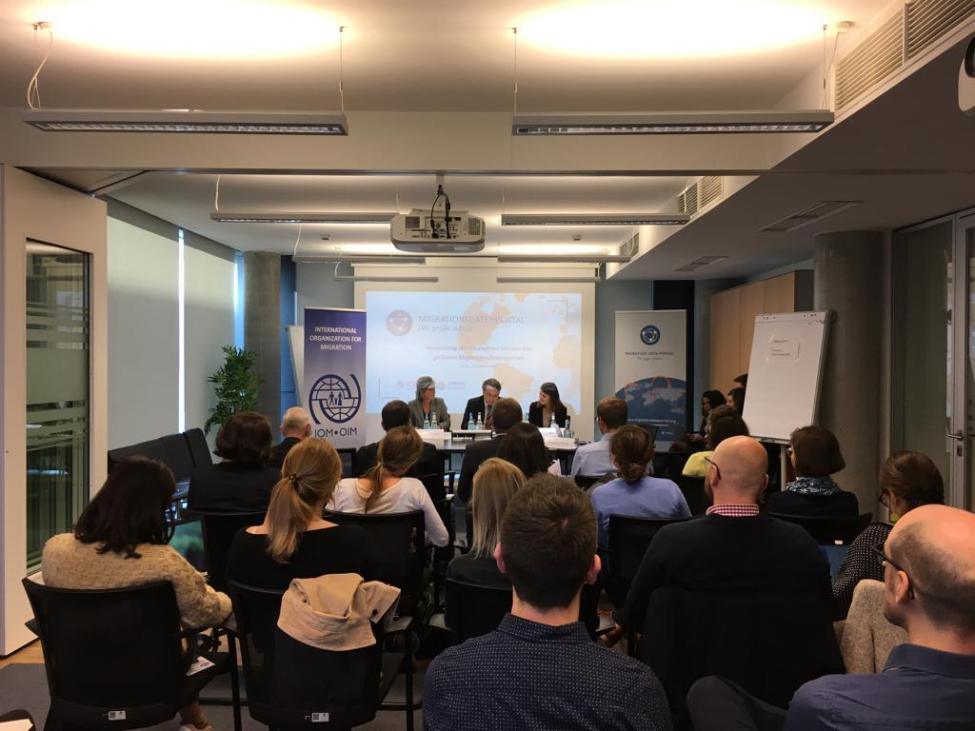 The German-language version of the Global Migration Data Portal was launched and presented to media and policy makers in two different events on 23 October 2019 in Berlin, Germany. Both events were organized in cooperation with IOM Germany.

The Breakfast Media Briefing was attended by several journalists from German media outlets and newspapers. Susanne Melde, Senior Analyst, and Marzia Rango, Research and Data Officer at IOM GMDAC, presented the Portal to journalists and discussed recent trends across the Mediterranean, and gave a comparative analysis of regular and irregular migration movements from Africa to the European Union.

The launch event was co-hosted by the Federal Foreign Offices of the Governments of Germany and Switzerland. After opening remarks, GMDAC’s Susanne Melde and Jasper Tjaden presented the Portal to several government, non-governmental and research entities.

The German-language version of the Portal aims to improve the knowledge on migration data in regions and countries where German is an official language. Policy makers, national statistics officers, journalists and the general public interested in the field of migration data and information can access German content across the Portal’s main sections, including an interactive world map, thematic pages, overviews of migration data, information and migration governance per country, videos, blogs and data on Global Processes

Alarming Loss of Life on Way to Canaries Worsens in 2021