More than 44,000 migrants around the world have lost their lives since the project began in 2014. More than half of these deaths were recorded in the Mediterranean Sea, which has seen a devastating spike in deaths in recent years. The Missing Migrants Project collaborates with various government and non-government entities to collect data, and also draws on media and other available sources of information.

The outcomes of the Missing Migrant Project include:

Recorded dead and missing migrants around the world, 2018 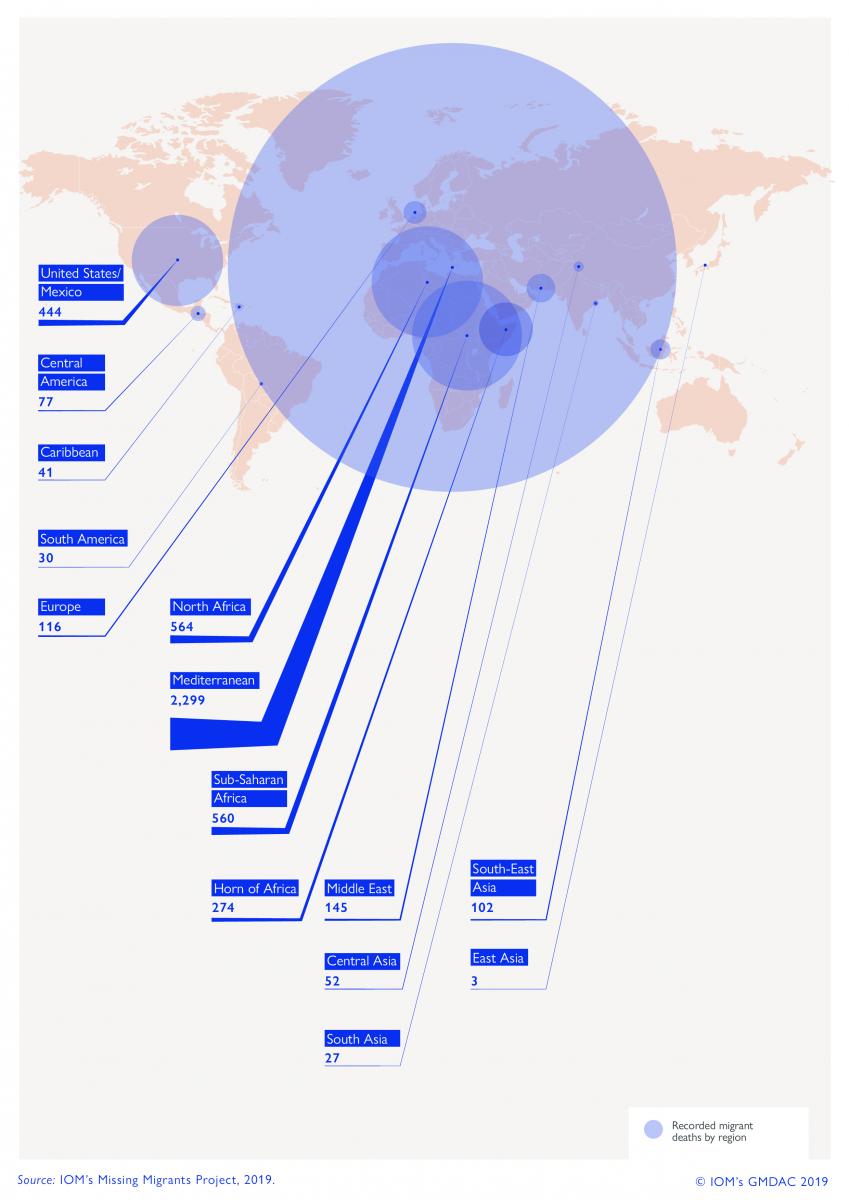 Note: This project receives funding from the United Kingdom’s Department for International Development (DFID); however, the views expressed do not necessarily reflect the UK government’s official policies.